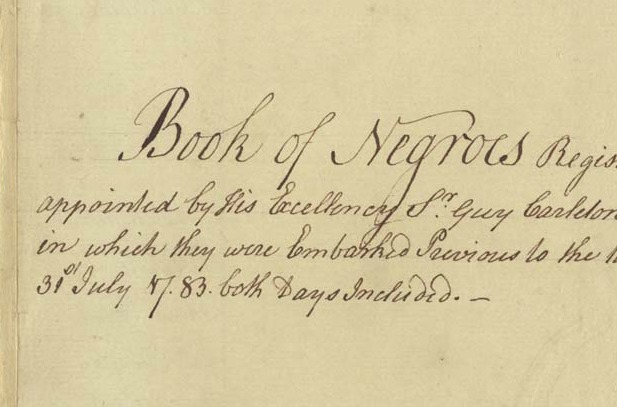 Arrival of Free Blacks, and the Enlightenment

In the 1780s, after the American Revolutionary War, white loyalists brought their slaves to what is now called Atlantic Canada as well as to Central Canada.  Free Black loyalists also came to Nova Scotia and other parts of Canada at this time, although many left soon after for Sierra Leone.  One noted archival document of this period is the Book of Negroes.  It is a record of the individual Black people who boarded ships in New York in 1783 to come to Nova Scotia. 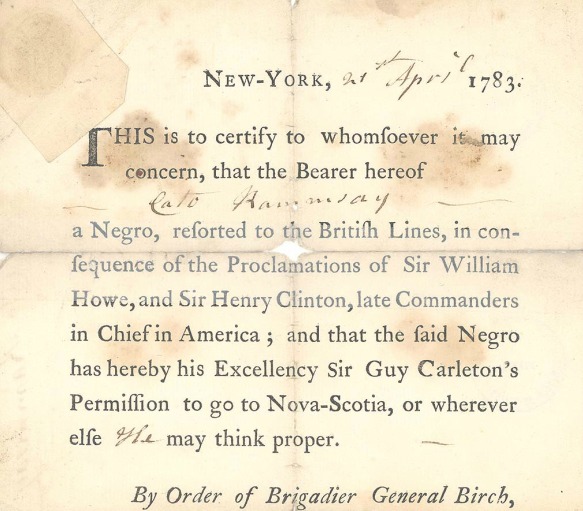 But not all Black Loyalists travelled by ship.  Some came overland to Upper Canada and some made the trip by a combination of boat and land up the Hudson River and Lake Champlain to Lower Canada.  Passes such as this one were issued to Black men and women who sided with the British during the American Revolution and wanted to emigrate to Canada. 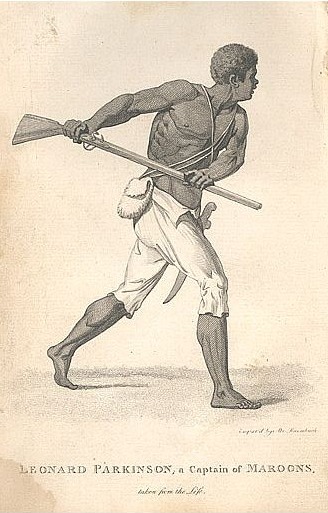 Engraving of Leonard Parkinson, a Captain of the Maroons, 1796

In the 17th and 18th centuries in the British colony of Jamaica, there were communities of the free Black descendants of escaped slaves, called Maroons.  In the 1790s, after a number of uprisings by the Maroons against the colonial government, 600 of them were sent by the British to Nova Scotia and given assistance to settle there.  The labour and resolute attitude of these free Blacks was initially much appreciated in Halifax, where there was often a shortage of skilled tradespeople and unskilled labour.  However, as the Maroons were pressed to take up farming outside the city, they became dissatisfied and most left for Sierra Leone.

Word Cloud of Robert Charles Dallas's History of the Maroons, 1803

Solicitor Robert Charles Dallas accompanied the Maroons on their journey from Jamaica to Nova Scotia and published a book of letters about them entitled History of the Maroons.  In it he used a style of language that is reminiscent of the ideas common during the Enlightenment period.  His narrative is sympathetic to the rights of the Maroons, and has a slightly cynical tone about the Church.  He uses scientific words like "proof" and "race", and alludes to characteristic Enlightment topics, such as rights, revolution, liberty and the public.  The accompanying word cloud shows his use of the latin symbol "ſ" for the letter "s", that was common in this period.  However, the software that produced the word cloud interprets the latin "ſ" and as the letter "f" showing words such as "ifland" and "houfe" .  Also can be seen in the word cloud are the words "opinion", "treaty", and "people", all of which can have an Enlightenment era tone to them. 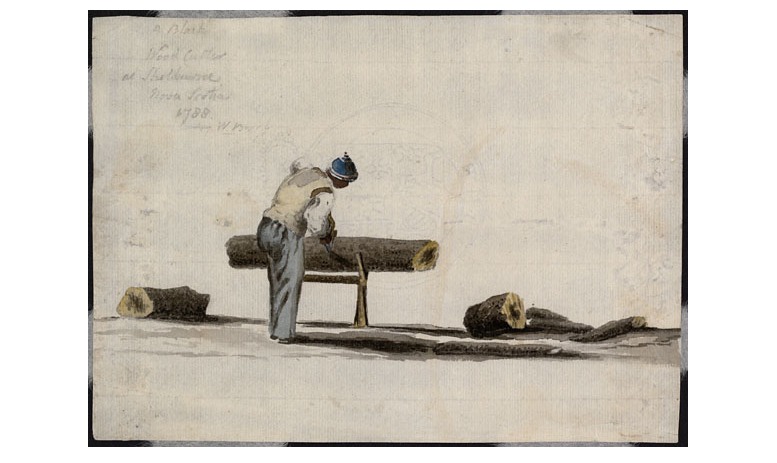 As the 18th century drew to a close, Canada had both free and enslaved Blacks.  They resided across British North America, where only Upper Canada had a law intended to reduce slavery gradually over time.  At times, the Black workforce was valued, since labour shortages were common.  But at other times, when and where jobs became scarce, strife arose between the white and the black communities over jobs and rates of pay. 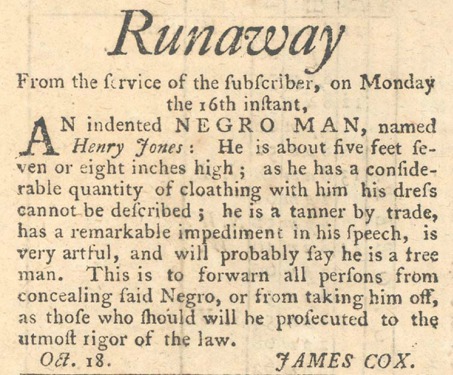 Slaves in Canada were not the object of horrific physical abuses that were common in some parts of South America, the West Indies and the U.S. south.  However, life as a slave in Canada was a still miserable existence where equally horrifying emotional abuses were commonplace.  Slaves had little opportunity to choose for themselves, and lived with frequent uncertainty and often separations from their family and friends.  As well, physical abuses were not uncommon, and sometimes involved sexual abuse.  These circumstances, as well as the enslaved person's desire to live in freedom, often led them to run away from their owners. 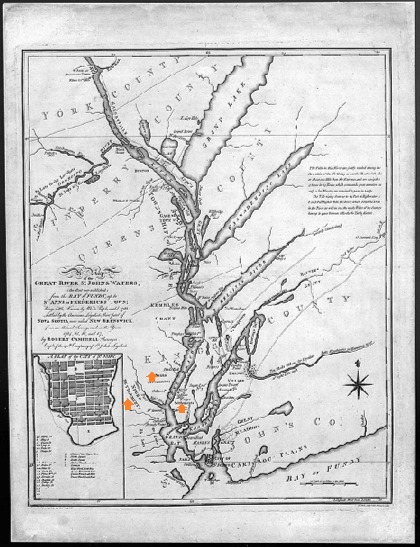 Life for free Blacks in Canada was better than life was for slaves.  However, even free Blacks were not treated by society as equal to whites.  Racism was rampant and Blacks were frequently segregated in their own communities and schools.  This map of the Saint John River in New Brunswick shows three "Negro Settlements" indicating the segregation of Blacks in this area.